KY-006 Controlled with PWM signals of different frequencies, the passive piezo buzzer can be used to generate different sounds. 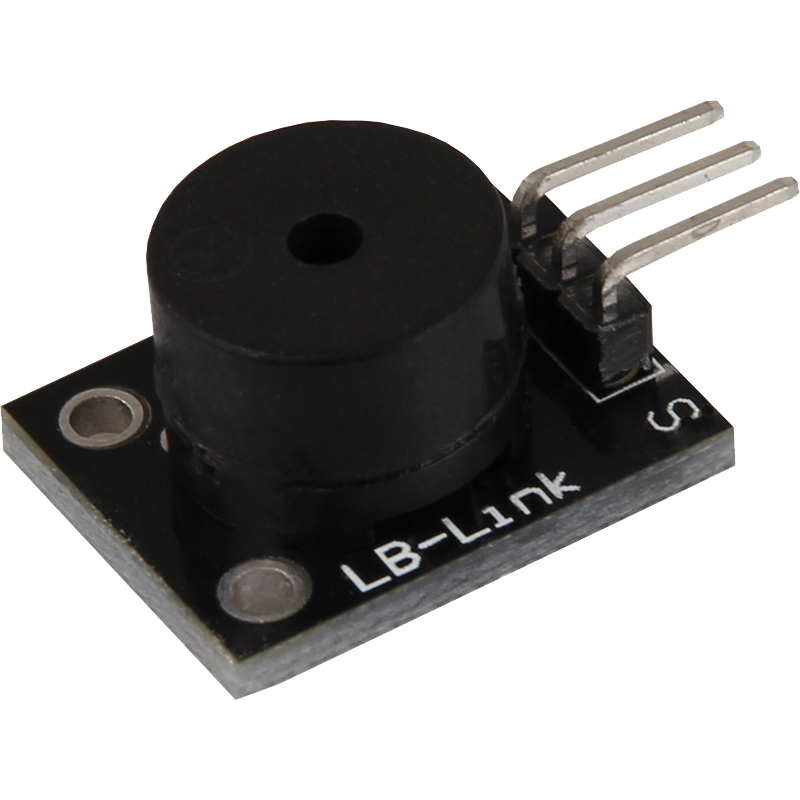 Controlled with PWM signals of different frequencies, the passive piezo buzzer can be used to generate different sounds.

This is an example program which generates an alarm signal at the buzzer using a square wave voltage.

*To prevent the supply voltage from dropping, the sensor on the Raspberry Pi must also be connected to +3.3V, since the supply via the signal pin may not be sufficient.

The example program uses software PWM to create a square wave voltage with definable frequency at the output pin.

Turning it on and off produces a tone at the buzzer that roughly corresponds to the frequency of the square wave voltage.

It should be noted that the sensor may only be connected to pin 0 of the Micro:Bit for PWM controll.