Hall-effect switches are monolithic integrated circuits with tighter magnetic specifications, meaning that the sensor is made of one piece. 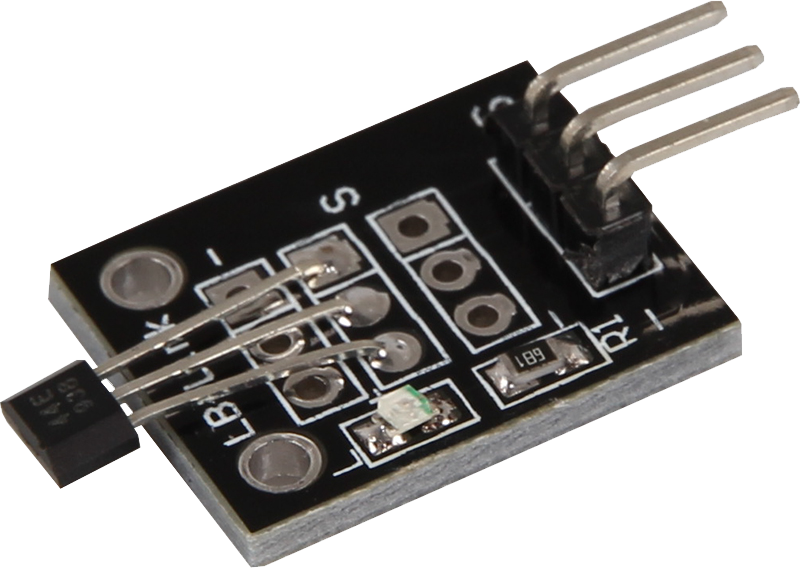 Hall-effect switches are integrated circuits with magnetic specifications. This means that all required components are already integrated in the sensor and it has an increased sensitivity with respect to magnetic fields. The sensor is suitable for continuous operation at temperatures up to +150 °C and is characterized by its stability to temperature and supply voltage changes. Each unit is equipped with a reverse polarity protection diode, a square Hall voltage generator, temperature compensation circuit, small signal amplifier, Schmitt trigger and an open collector output to sink up to 25 mA. The transistor switches through if the module is held in a magnetic field. This can then be read out at the signal output as an analog voltage value.

This is an example program, which lights up a LED, if a signal is detected at the sensor. The modules KY-011, KY-016 or KY-029 can, for example, be used as LEDs, for example.

Therefore we recommend to use the KY-051 module for sensors with 5V logic level of this set. More information can be found on the information page for the KY-051 Voltage Translator.

This is a sample program that prints a console output when as signal is detected at the sensor. 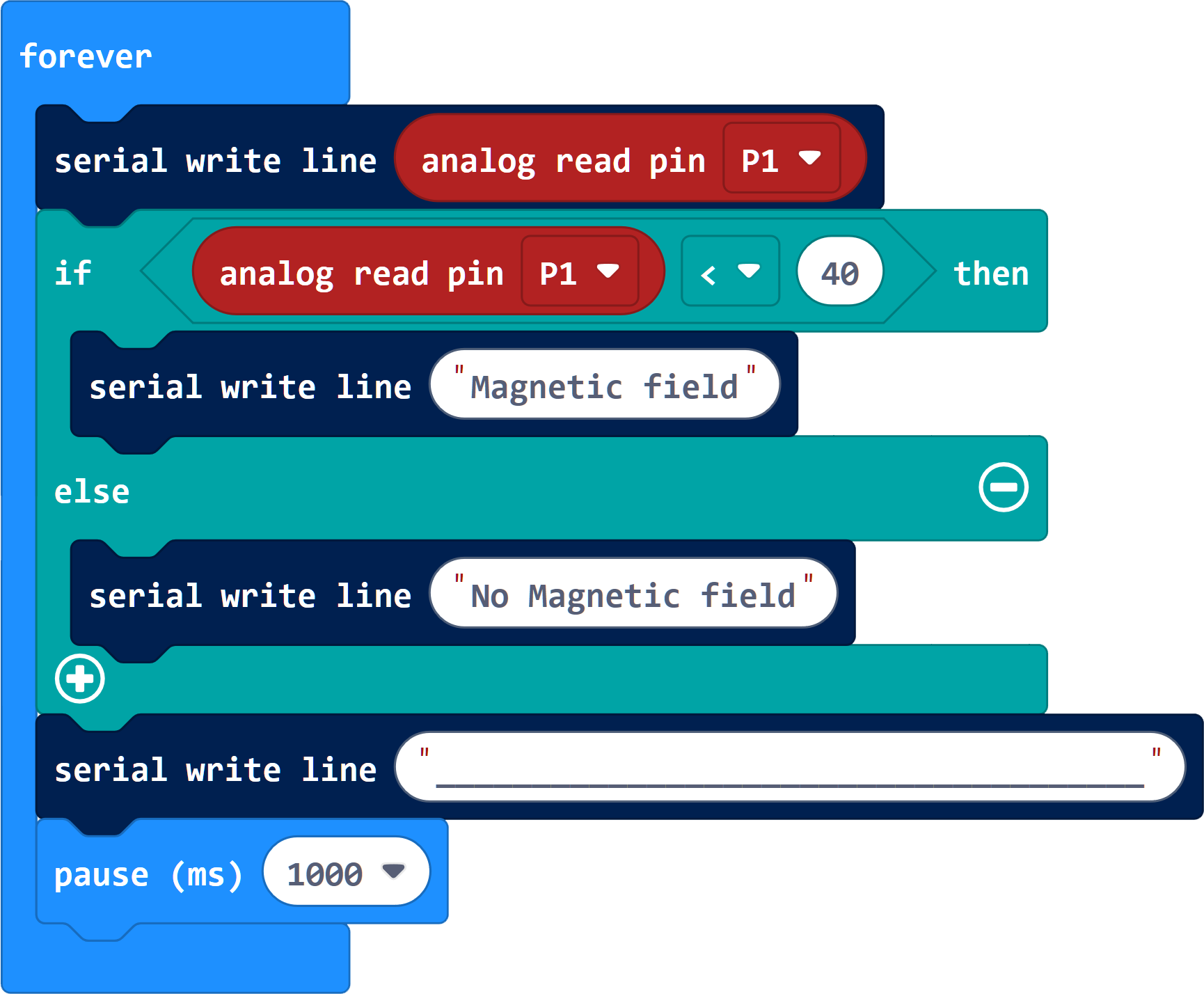