If this module is powered, a sequence of color changes is automatically emitted from the LED. 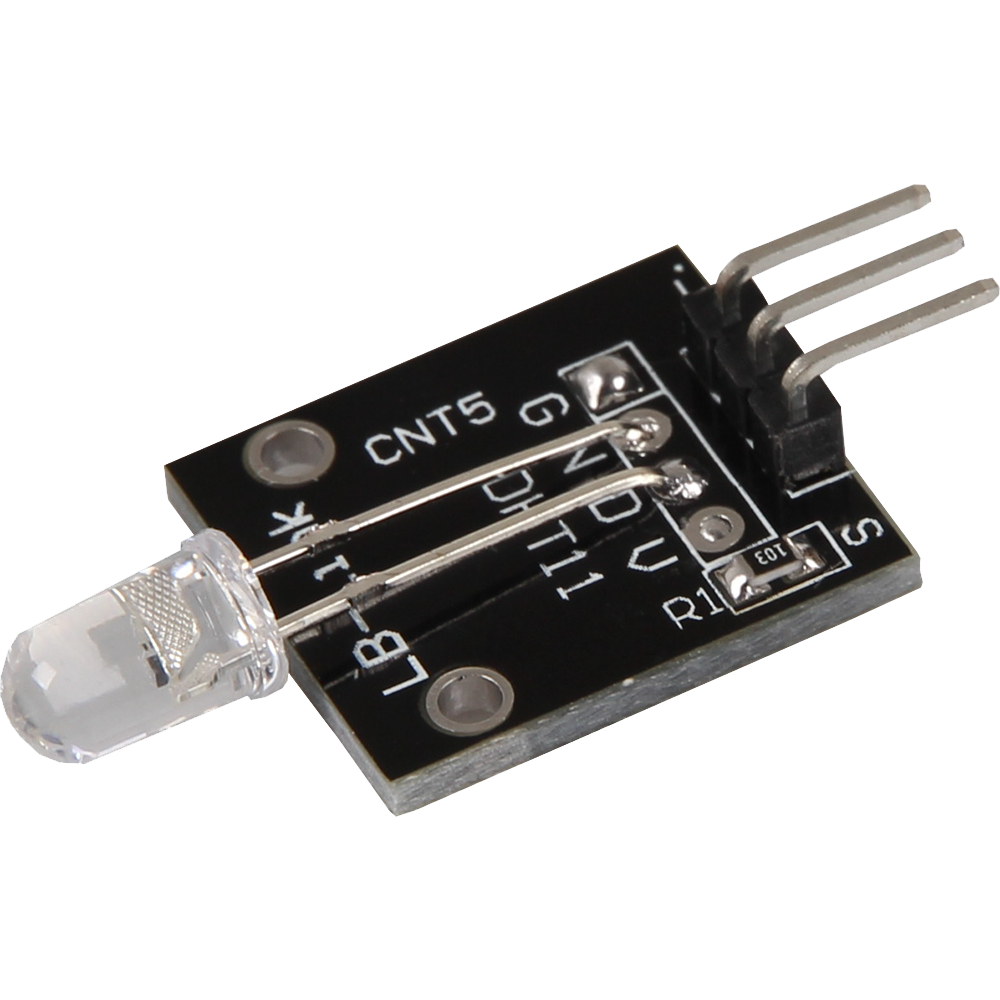 This code example shows how an LED can be switched on for four seconds and then switched off for two seconds by means of a definable output spin.

This is a similar example program with the difference that here no LED is brought to light but something is output in the console when a signal is detected.

This is a MakeCode example for Micro: Bit which essentially does the same as the examples of the other two variants. However, this example is closer to the Raspberry Pi example than the Arduino example.