If a finger is held between the infrared light-emitting diode and the photo transistor, the pulse can be detected at the signal output. 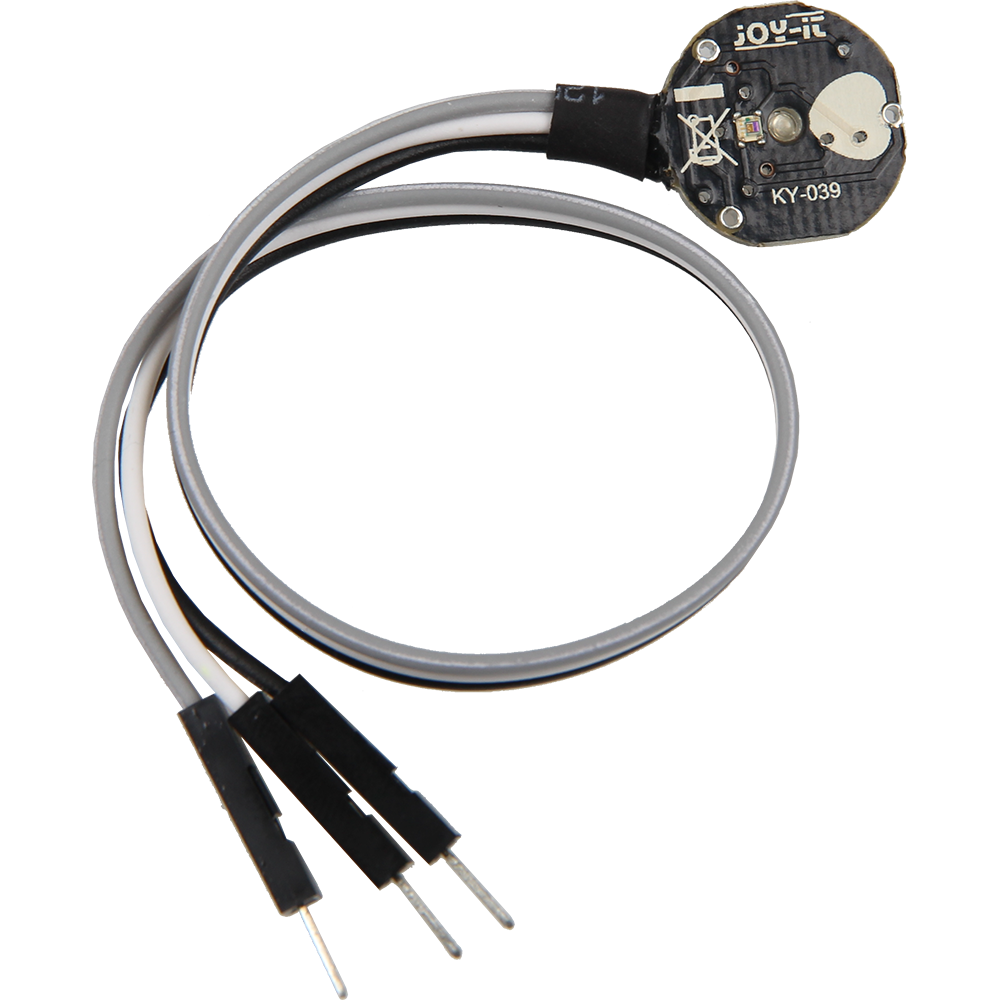 If a finger is held between the infrared light-emitting diode and the photo transistor, the pulse can be detected at the signal output.

The measurement setup with infrared diode and phototransistor built up in this sensor module now enables us to measure the pulse by placing a finger between the diode and transistor. Explanation: just as you know it from the flashlight, the skin on the hand can be x-rayed. If you come across a blood vein when x-raying, you can see the pumping of the blood very faintly. This pumping can be recognized because the blood has a different density at different points in the vein and thus differences in brightness in the blood flow can be seen. Exactly these differences in brightness can be recorded with the sensor module and thus the pulse can be recognized. This becomes clear when looking at the following oscilloscope picture. 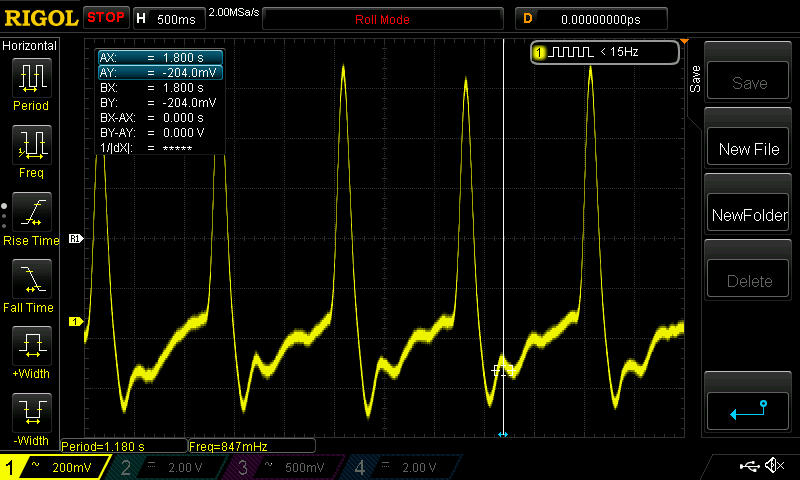 This shows the change in voltage at the phototransistor on the Y-axis - thus the changes in brightness caused by the flowing blood. The peaks marked above result in the beating of the heart. If you now calculate the registered beats per recorded time, you get a pulse of approx. 71 beats / minute (bpm)

As you can see on the oscilloscope image above, the recorded signal is relatively small or the transistor is very sensitive to be able to record the weak signal. In order to get an optimal result, we recommend to prepare the module for measuring as shown in the following pictures: 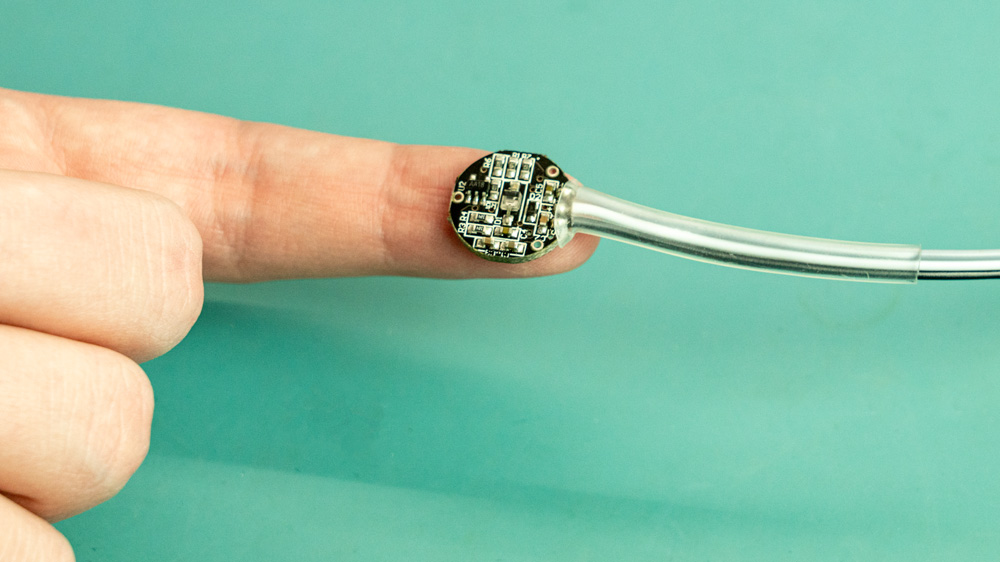 In order to increase the sensitivity of the sensor, we recommend fixing the sensor to the fingertip of the little finger with a plaster / adhesive tape / insulating tape. 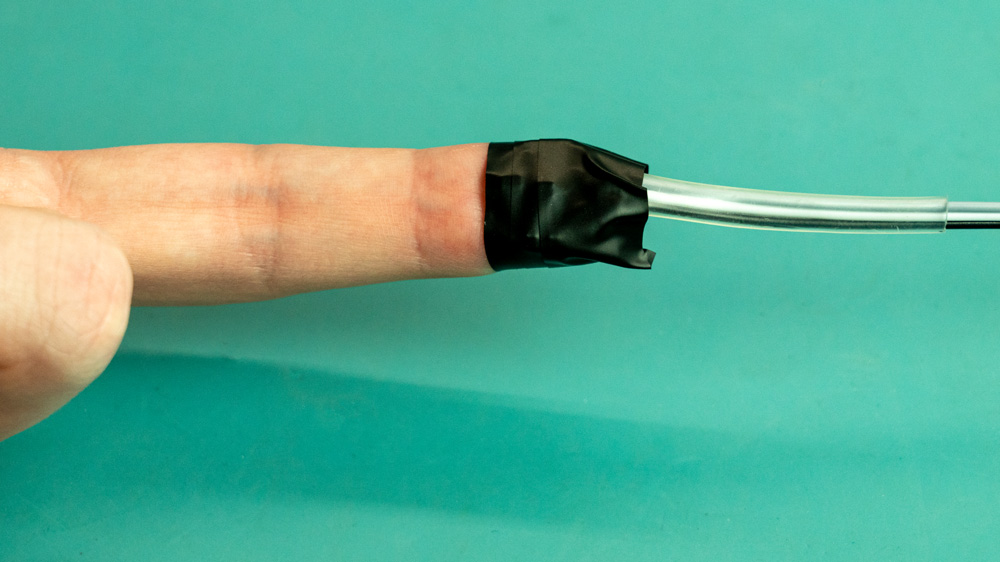 The heartbeat is recorded / registered particularly well when the sensor is located over a larger blood vessel - in order to improve the signal, we also recommend changing the position of the sensor on the fingertip, if necessary.

Analog sensor, therefore the following must be observed

In contrast to the Arduino, the Raspberry Pi has no analog inputs or there is no ADC (analog digital converter) integrated in the Raspberry Pi chip. This limits the Raspberry Pi if you want to use sensors where digital values are not output [voltage value exceeded -> digital ON | Voltage value fallen below -> digital OFF | Example: button pressed [ON] button released [OFF]], but it should be a continuously variable value (example: potentiometer -> other position = different voltage value)

In order to avoid this problem, our X40 sensor kit has the KY-053, a module with 16-bit ADC, which you can use on the Raspberry to expand it with 4 analog inputs. This is connected to the Raspberry Pi via I2C, takes over the analog measurement and digitally forwards the value to the Raspberry Pi.

We therefore recommend connecting the KY-053 module with the ADC in between for analog sensors in this set. You can find more information on the information page for the [KY-053] (https://sensorkit.joy-it.net/sensors/ky-053) Analog Digital Converter

The program uses the corresponding ADS1x15 and I2C Python libraries from Adafruit to control the ADS1115 ADC. These have been published at the following link https://github.com/adafruit/Adafruit_CircuitPython_ADS1x15 under the MIT license. The required libraries are not included in the download package below.

Please note that you must enable I2C on your Raspberry Pi before using this example.

This is a MakeCode example for Micro: Bit which essentially does the same as the examples of the other two variants. However, this example is fundamentally slower than the other two variants. In this example it should be noted that the box that says "output serial number" must be removed after setting the "if" query below, as this only exists for this one purpose and is therefore only required when the sensor is used for the first time should. Therefore, it can easily be removed from the code without risk after the first use. 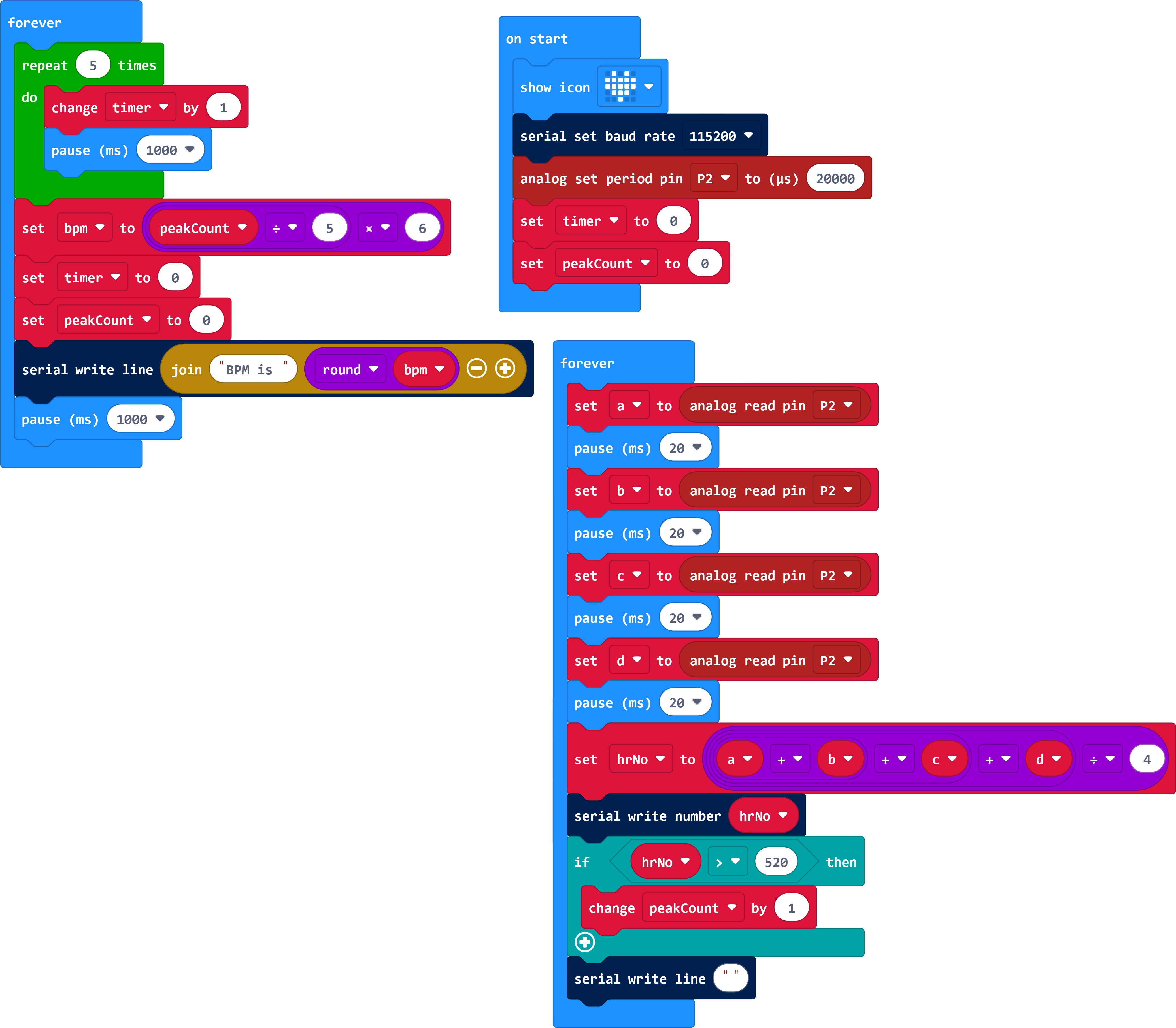